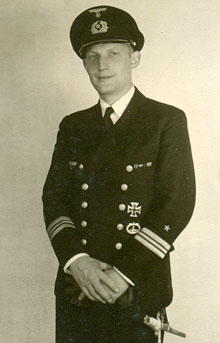 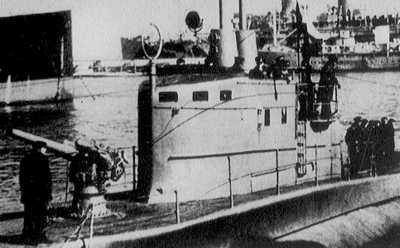 The Reginaldo Giuliani arrives at Gotenhafen in April 1941 for
operation Marigammasom (the training course for commanders). 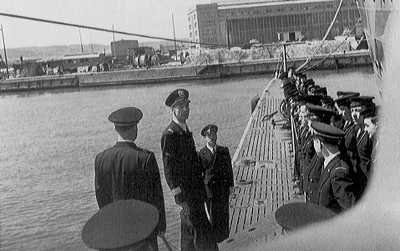 The visit of the Italian General Councellor in Danzig.

These boats were roughly 1166tons on the surface, in many ways they were similar in measurements to the German type IXC, they had 8 torpedo tubes and carried 14 torpedoes and had a complement of roughly 57 in Italian service.