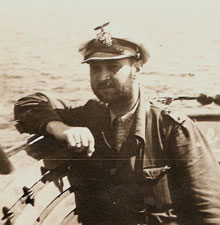 
Daily positions, sinkings and allied attacks during the patrol of U-636

Ships hit by U-636 during this patrol

10 Dec 1944. U-636 supplied provisions to a meteorological unit on Spitzbergen (now known as Svalbard).

Attacks on U-636 during this patrol

13 Dec 1944
Four men were wounded when the machine gun exploded during an air attack.