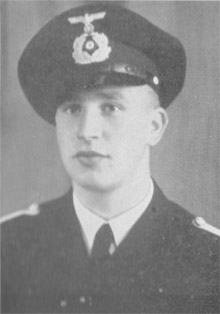 6 May 1943
Despite being repeatedly attacked by aircraft while shadowing convoy SL 128 west of Porto, Portugal, U-230 nonetheless managed to maintain contact without suffering serious damage. (Sources: Blair, vol 2, page 297)

Unlike many other U-boats, which during their service lost men due to accidents and various other causes, U-230 did not suffer any casualties (we know of) until the time of her loss.