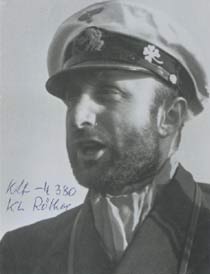 30 Sep 1940
An unknown enemy submarine fired two torpedoes at U-31 at 03.16 hours. The boat escaped by the narrowest of margins.

8 Oct 1940
U-31 evaded a spread of four torpedoes fired by HMS Trident about 15 miles (24 km) south of Lorient and was then forced to dive when fired on by her deck gun. Trident followed up with some explosive charges, but without result. This was the third time that U-31 had been attacked by an enemy submarine on this patrol. The commander wrote sardonically in the war diary: "Main task of this patrol was to play the target ship for British submarines.".

20 Oct 1940
A British submarine fired torpedoes at U-31 off Lorient, but without success.

16 Sep 1939. This boat, under the command of Kptlt. Johannes Habekost, attacked the first convoy in the war on 16 Sept, 1939 when she sank the British steamer Aviemore, sailing ahead of OB 4.

11 Mar 1940. U-31 was the first U-boat to be sunk by an aircraft in WWII. She was on sea trials in the Heligoland Bight following a refit when Squadron Leader Miles Delap came out of low cloud in his Blenheim and bombed her, sinking her almost immediately.

Unlike many other U-boats, which during their service lost men due to accidents and various other causes, U-31 did not suffer any casualties (we know of) until the time of her loss.

There was another U-31 in World War One
That boat was launched from its shipyard on 7 Jan 1914 and commissioned into the Imperial Navy on 18 Sep 1914. The Naval war in WWI was brought to an end with the Armistice signed on 11 Nov, 1918. Read about SM U 31 during WWI.