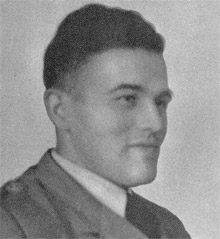 The Liberator was on an outbound patrol to link up with convoy HX-236 north-east of the Azores when she got a contact with her 10cm radar. Shortly afterwards the crew saw a surfaced U-boat and dropped 4 depth charges onto the boat.

The boat was seen on the surface after the depth charges had straddled her and then she slowly sank, seemingly leaving enough time for at least some survivors but possibly the hatches were all damaged from the blast and no one seemed to get out of the boat.

Unlike many other U-boats, which during their service lost men due to accidents and various other causes, U-109 did not suffer any casualties (we know of) until the time of her loss.