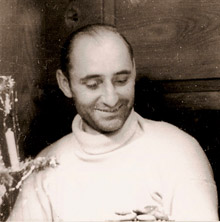 On April 29, 1942, U-573 was attacked by 325 pound depth charges launched by Lockheed Hudson aircraft of the No. 233 RAF Squadron northwest of Argel. Seriously damaged, U-573 headed for Cartagena harbour where the boat was interned. In August 1942 the Spanish Navy purchased the boat for 1,5 million Reichmarks and commissioned it under the name of G-7 (photo above). After repairing it went back sailing in 1947. In 1970, renamed as S-01 the boat was put out of service and auctioned for 3.334.751 Pts (about $26,500). Despite efforts to save and preserve it as a museum, U-573 was finally broken up.

On September 8, 1943, U-760 was sailing on the surface alongside the U-262 when they were attacked by Consolidated PBY-5 aircraft of the US Navy's 63th Patrol Bombing Squadron about 150 miles out of Cape of Finisterre. The U-760 arrived at Vigo harbour and was put under the supervision of the Spanish Navy cruiser Navarra. After 24 hours the boat had not left the harbour (the neutrality laws allowed this time frame for emergency repairs and such) and it was interned. The boat was taken to El Ferrol where she remained until the end of the war. On July 23, 1945 the boat was taken to England for Operation Deadlight.