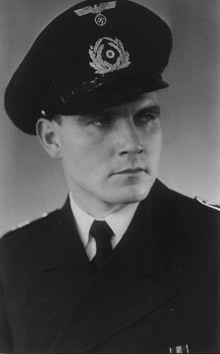 U-2 was raised on 9 April 1944 and decommissioned. On 25 April 1945 the wreck captured by Soviet forces at Pillau and probably broken up.

5 Apr 1940
In the North Sea, the British submarine HMS Unity (N 66) fired three torpedoes at the boat, which all missed.

Unlike many other U-boats, which during their service lost men due to accidents and various other causes, U-2 did not suffer any casualties (we know of) until the time of her loss.

There was another U-2 in World War One
That boat was launched from its shipyard on 18 Jun 1908 and commissioned into the Imperial Navy on 18 Jul 1908. The Naval war in WWI was brought to an end with the Armistice signed on 11 Nov, 1918. Read about SM U 2 during WWI.