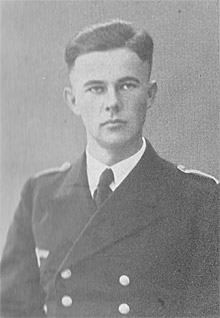 17 Nov 1942
The new boat was attacked by a British Hudson bomber (Sqdn, 608, pilot J. B. R. Petrie) and seriously damaged. She managed to limp to France with assistance from other boats. (Sources: Blair, vol 2, page 113)

1 May 1943
00.07hrs, off the Bay of Biscay inbound: British Wellington bomber (RAF Sqdn 172/N, pilot Sgt P.W. Phillips) strafed U-613 and dropped six depth charges in a Leigh Light attack. U-613 escaped with minor damage, but the aircraft's hydraulics and port tyre were damaged by flak. The six aircrew escaped uninjured from a crash-landing at their base at Predannack, Cornwall.

Unlike many other U-boats, which during their service lost men due to accidents and various other causes, U-613 did not suffer any casualties (we know of) until the time of her loss.