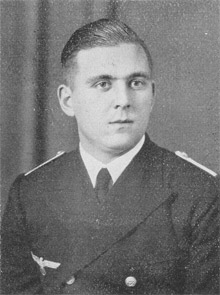 The discovery of U-166 (June 10, 2001)
This boat was finally discovered and documented in late May 2001 after many years of unsuccessful research and wreck-hunting. The wreck was located some 45 miles south of the mouth of Mississippi River, by C & C Technologies, with their AUV, during oil survey work for BP Amoco and Shell.

Unraveling the Mystery: The Discovery of the U-166

This changes the boat's official fate, since it's now certain that she was lost immediately after sinking her fourth and last victim, the Robert E. Lee on July 30 1942. Their wrecks are less than one mile from each other.

She is of course a war grave now, and cannot be disturbed - and is protected by some 5000ft of water in this regard.

uboat.net had published a theory on the wreck's location a long time ago, and that theory is now proven correct, although most did not subscribe to it :)

Amazing videos of the wreck of U-166
Below are links to external websites with news about its discovery and a NOVA documentary first shown in May 2015
Discovery of the U-166
CNN
wtsp.com
NOVA documentary about U-166

Unlike many other U-boats, which during their service lost men due to accidents and various other causes, U-166 did not suffer any casualties (we know of) until the time of her loss.