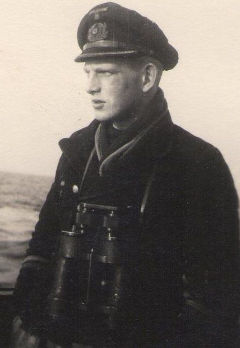 14 men from U-604 also perished on this boat that had previously saved them.

10 Mar 1943
After sinking two ships from convoy KG 123 in the Caribbean the boat was counter-attacked and forced to abandon a second attack. (Sources: Blair, vol 2, page 219)

U-564 was sunk in this attack. The aircraft had to ditch at sea.

3 Aug 1943
Aircraft attack, aircraft shot down: US Liberator aircraft (VB-107 USN, pilot LtCdr Bertram J. Prueher). Shot down while accompanying the crippled U-604 which was later scuttled and the crew taken over by U-185.

We have a detailed article on the sinking of U-185 with scores of action photos.