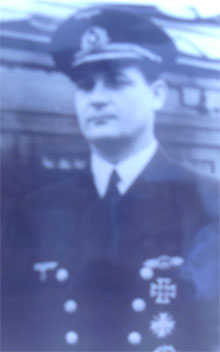 10.25 hrs, mid Atlantic: Liberator bomber FL931 (RAF Sqdn 86/M, pilot F/O J.H. Bookless, RAAF) attacked the boat near convoy HX 265. On the first run the Liberator's port outer engine was knocked out by accurate by AA fire and the depth charges overshot. F/O Bookless nonetheless attacked again, and sank U-280 with more depth charges. He then then remained on patrol for another hour on three engines before returning to base and landing safely. (Sources: Franks/Zimmerman)

Unlike many other U-boats, which during their service lost men due to accidents and various other causes, U-280 did not suffer any casualties (we know of) until the time of her loss.