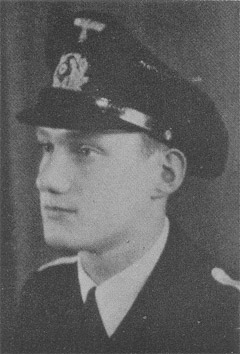 2 Apr 1945. On 28 March 1945 Oblt. Horst Willner took his new type XXI Elektro boat U-3505 out from Gotenhafen (Gdynia, Poland) and rescued 110 women and children, including his own wife and child. They had planned to escape on the liner Wilhelm Gustloff and had even boarded the ship, but Willner came aboard and took them to his base. The Wilhelm Gustloff was then sunk by a Soviet submarine with some 9,400 lost. U-3505 docked at Travemünde (Lübeck) on 2 April.

Unlike many other U-boats, which during their service lost men due to accidents and various other causes, U-3505 did not suffer any casualties (we know of) until the time of her loss.