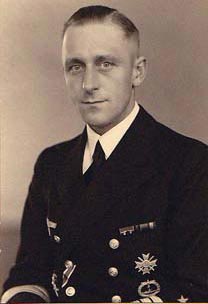 U-593 was hunted in a Swamp operation after sinking HMS Tynedale in the morning of 12 December 1943. It managed to sink HMS Holcombe, but the crew was eventually forced to surface and abandon their boat after a chase of 32 hours.

11 Mar 1942
21.26 hrs, approx three miles ahead of convoy PQ 13: gunfire from HMS Lamerton forced the boat to dive, after which she was kept submerged until darkness by four attacks using 25 depth charges from HMS Lamerton and HNoMS Newport. The boat escaped with minor damage. (Sources: Ritschel/ADM199-1782)

12 Nov 1942
The boat sank the British freighter Browning and was hunted for 16 hours by Allied escorts for her efforts. She nonetheless escaped. (Clay Blair lists this in his book as due to U-595, but U-593 was responsible). (Sources: Blair, vol 2, page 99)

5 Aug 1943
14.55 hrs, the Mediterranean, off Sardinia: the boat was attacked by three American P-40 Warhawks from the 325th Fighter Group. The bridge area was damaged by machine gun fire, and the boat returned to Toulon three days later. (Sources: Book "Checkertail Clan, the 325th Fighter Group in North Africa and Italy": pages 28-29.
Dr. Axel Niestle via e-mail on 23 April, 2006.)

3 Nov 1943
After U-593 sank Mont Viso of convoy KMS 30, she was forced to dive when another ship in the convoy opened fire on her. The U-boat then reloaded the torpedo tubes, but was located at 02.30 hrs on returning to periscope depth by HMS Bryony, collecting survivors astern of the convoy. The corvette immediately dropped eight well-aimed depth charges and was shortly thereafter joined in the hunt by HMS Haydon. They were unable to regain contact and soon rejoined the convoy. U-593 inadvertently plunged to a depth of 220m (722ft) and was later forced to break off the patrol due to leaks and problems with the torpedo tubes. (Sources: KTB U-593/ADM 199-976)

13 Dec 1943
00.30 hrs, Mediterranean, NE of Bougie, Algeria: the boat was attacked by Wellington aircraft MP816 (36 Sqn RAF/B, pilot F/O C.F. Parker) during the Swamp operation that followed the sinking of HMS Tynedale and HMS Holcombe by U-593 on 12 December. The aircraft approached the U-boat after radar contact but the Leigh Light failed and it was hit in the port wing and tailplane by very accurate AA fire. The tail gunner fired 600 rounds at U-593 and a sighting report was made that led to her sinking by the US destroyer USS Wainwright and the British escort destroyer HMS Calpe. The damaged Wellington landed safely at Bone. (Sources: Franks/Zimmerman)

12 Dec 1993. The survivors of the sinking of the British destroyer HMS Tynedale by U-593 in 1943 invited ex-commander Kptlt. Gerd Kelbling and one of his former crew to attend a 50th anniversary commemoration of the event in Hexham, England. They were welcomed with friendship and respect.

Unlike many other U-boats, which during their service lost men due to accidents and various other causes, U-593 did not suffer any casualties (we know of) until the time of her loss.