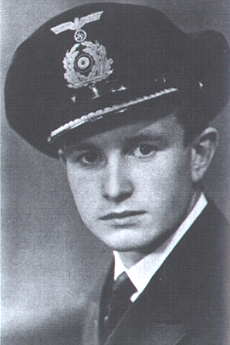 24 Aug 1942
U-596 was forced to dive at 21.08 hrs after reporting the position of convoy ONS 122 on being sighted ahead of the convoy to starboard by HNoMS Potentilla. HNoMS Potentilla approached in company with HMS Viscount, which obtained an Asdic contact and made a Hedgehog attack at 21.42 hrs, which failed because it was fired five seconds too late. The destroyer then returned to the convoy after dropping a single heavy depth charge after the contact was lost. U-596 was not damaged, but unintentionally dived to 190m (623 ft) when the linkage to a flooding valve jammed. (Sources: ADM reports, KTB U-596)

30 Sep 1942
U-596 was attacked by an aircraft in the North Atlantic and suffered severe damage. She managed to reach base at St. Nazaire on 3 October.

4 Oct 1943
14.17 hrs, approx. 75 miles west of Derna, Libya: the submerged boat was located by HMS Gloxinia following a successful attack on convoy XT 4. The corvette carried out four depth charge runs before losing contact. U-596 was damaged but managed to escape the A/S sweep of the area after she surfaced during the night without being detected. (Sources: ADM 199/773)