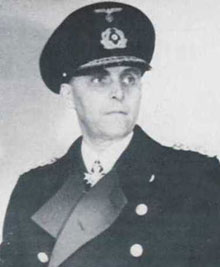 11.14 hrs, NE of Jan Mayen Island: the boat was attacked by the Catalina astern of convoy QP 14. Accurate flak during the attack run caused four depth charges to fall wide, causing only minor damage to the boat. With two wounded and damage to one engine and the petrol tanks, the Catalina made a forced landing near the convoy. The crew were rescued by HMS Marne.

Unlike many other U-boats, which during their service lost men due to accidents and various other causes, U-606 did not suffer any casualties (we know of) until the time of her loss.