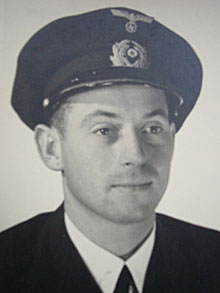 In 1946 the Norwegian Navy partly salvaged the wreck of this boat and destroyed the remains on the seabed.

This boat was fitted with a Schnorchel underwater-breathing apparatus and sailed equipped with it in February 1945 but it was of course installed prior to that date.

Unlike many other U-boats, which during their service lost men due to accidents and various other causes, U-1273 did not suffer any casualties (we know of) until the time of her loss.