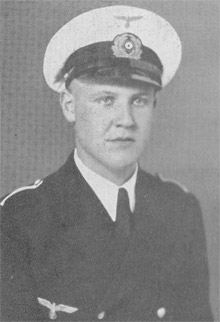 6 Jul 1942
At 06.50 hours, the boat was forced to dive by HMCS Drummondville shortly after torpedoing the Dinaric from convoy QS 15 in the St. Lawrence Seaway. U-132 had difficulty diving because of water layers in the river and was damaged by depth charges dropped by the minesweeper after a ramming attempt, but escaped after 11 hours with damaged ballast pumps and a leakage of 4 m³ (879 gallons) of fuel. (Sources: Hadley)

Unlike many other U-boats, which during their service lost men due to accidents and various other causes, U-132 did not suffer any casualties (we know of) until the time of her loss.