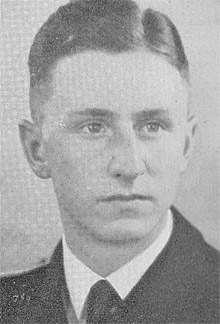 U-263 sailed for its second patrol after lengthy repairs that had taken more than a year to complete, but one day after leaving port the boat reported that its external portside No. 2 fuel tank had collapsed during a deep dive trial and that it was returning to La Pallice in need of immediate assistance. However, the transmission of its last radio message was incomplete and U-263 failed to answer thereafter. A search for the boat and its crew found nothing.

24 Nov 1942
Four days after being seriously damaged by convoy escorts while inbound to France, four depth charges from a British Hudson bomber (Sqdn 233, pilot Eric Smith) west of Gibraltar left U-263 seriously damaged and unable to dive. BdU gave the option of sailing for Spain, but the boat managed to reach France on 29 Nov, afterwards needing 13 months of repairs. (Sources: Blair, vol 2, page 114)

26 Nov 1942
The damaged inbound U-263 met an enemy submarine, which fired two torpedoes, but both missed their target.

Unlike many other U-boats, which during their service lost men due to accidents and various other causes, U-263 did not suffer any casualties (we know of) until the time of her loss.