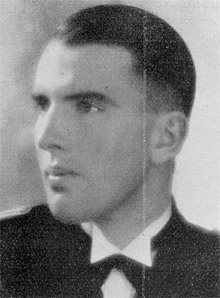 14 Jun 1944
17.15 hrs: U-275 was attacked by twelve British Typhoons from 263 Sqdn RAF when leaving the harbour of St. Peter Port, Guernsey. The U-boat was not damaged, but two of the escorting patrol vessels were. (Sources: BdU)

22 Jul 1944
An aircraft sighted the boat when she rose to periscope depth to take bearings in the English Channel north of Brest, and vectored in a British hunter-killer group which pursued the boat for seven hours. No damage. (Sources: Blair, vol 2, page 604)

24 Jul 1944
On entering the Bay of Seine the boat was hunted for eight hours by a hunter-killer group, but managed to elude her pursuers once again. After that she was attacked again each time the periscope was raised. U-275 finally managed to enter Boulogne on 1 Aug. Date is approximate. (Sources: Blair, vol 2, page 604)

18 Sep 1944
09.20 hrs, off Utvaer, Norway, inbound: the boat was attacked by eight Mosquitos on an anti-submarine strike mission. The formation consisted of two Tsetse Mosquitos (248 Sqdn RAF/E and O), four aircraft each carrying two Mark XI depth charges (248 Sqdn RAF/B, J, U and V) and two escorting fighters (RAF Sqdn 235/J and H). When U-275 attempted to dive she grounded at a depth of 9m (30 ft) and was strafed and bombed twice while half submerged. The bombs of one aircraft failed to release, and the 6pdr gun of another jammed during the second run, but six depth charges fell close to the boat and at least 11 hits were observed by the Tsetse Mosquitos, and numerous cannon hits by other aircraft. The Mosquitos left when a nearby coastal battery opened fire on them, observing the U-boat limping away with a list to port. (Sources: KTB U-275/ADM199-1786)

Unlike many other U-boats, which during their service lost men due to accidents and various other causes, U-275 did not suffer any casualties (we know of) until the time of her loss.