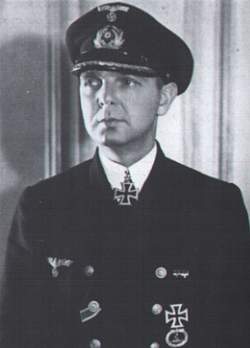 After the first depth charge run U-501 surfaced right next to HMCS Moosejaw during her turn. Then something really amazing happened; the commander of U-501 leaped some 9 feet from his boat and onto the deck of HMCS Moosejaw without even getting his feet wet!

Fearing another boarding attempt the corvette opened the range and, as the U-boat passed her bows, rammed the U-boat causing enough damage to cause her to start sinking. The Canadians attempted to board the boat but they found its insides totally trashed either from the depth charges or by the German crew. One Canadian did not manage to escape the boat as she sank.

Unlike many other U-boats, which during their service lost men due to accidents and various other causes, U-501 did not suffer any casualties (we know of) until the time of her loss.