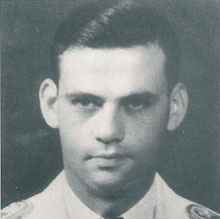 3 May 1944
A strange incident in which a B-24 Liberator illuminated HMS Hargood (K 582) while hunting a German U-boat at night east of Conception Bay, Newfoundland. U-548, presuming they were the intended target fired at the aircraft, which wrongly assumed the destroyer escort had done so and broke off the attack. The U-boat went unnoticed by the Allies. (Sources: Blair, vol 2, page 562)

6 May 1944
Following U-548s sinking of the Canadian frigate HMS Valleyfield off St Johns Newfoundland, other Allied escorts (after finally deducing what had happened) hunted the boat, with no success. (Sources: Blair, vol 2, page 562)

30 Aug 1944
One man was missing after crash diving. [Mechanikergefreiter (A) Walter Heise]