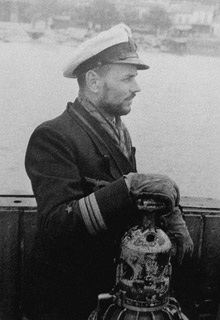 22 Jan 1943
Leutnant zur See Wilhem Deutsch was lost by washing overboard. (When U-268 was sunk four weeks later only 44 men were killed, instead of the normally reported figure of 45 men.)