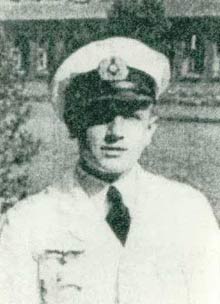 According to my compilation of U-boat fates by cause some 46 U-boats are now being listed as missing in action during the war. Some were no doubt lost to operational accidents (such as Schorchel failures or hull failure while deep diving) while others were most probably lost to yet-unidentified enemy action.

U-1. The first U-boat to go missing in the war.

Below is listing of the 46 boats we believe are missing in action, boats in bold have approximate positons on the map below:

The map below shows the approximate locations of many of the missing U-boats. The map is clickable to the boats in question and it should give you a nice overview on where the U-boats were lost.

This map shows 44 estimated positions of U-boats missing in action.

All data on this page is read live from our databases and is as current as our latest research.